Ovarian Cancer; Why Early Diagnosis is so Important 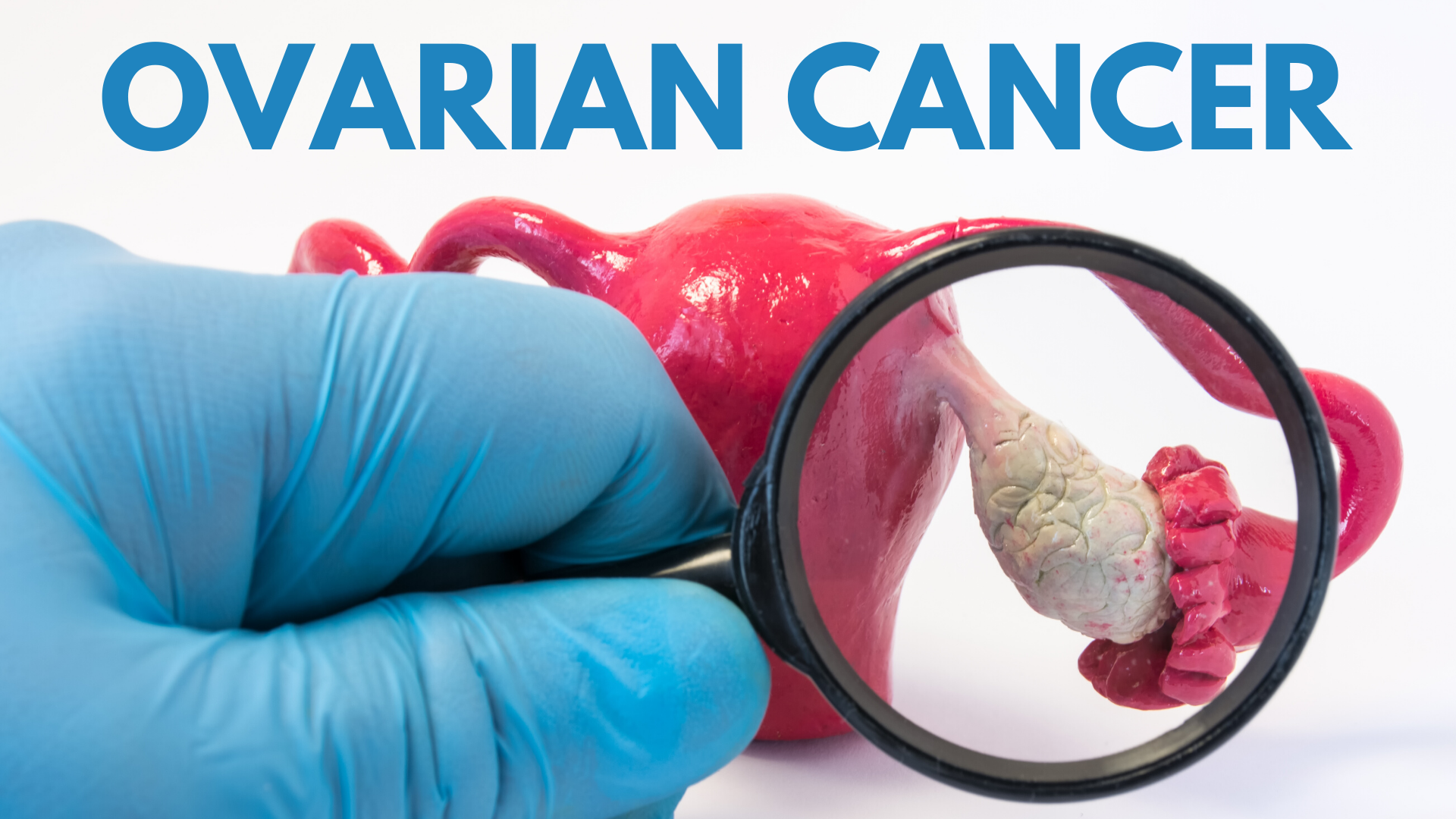 March is hurtling towards us with great speed, and along with British Summer Time, lighter evenings and beautiful daffodils, it also brings us Ovarian Cancer Awareness Month.

Every March is dedicated to raising awareness of ovarian cancer; a disease that sadly leads to the death of 11 women each day in the UK. With early diagnosis playing a large part in treatment being effective and higher rates of survival, we wanted to do our bit to help spread awareness, by writing this blog post.

What is Ovarian Cancer?

Ovarian cancer can be defined as cells growing and multiplying uncontrollably, in or around the ovary (part of the female reproductive system where eggs are stored), or fallopian tubes. The cancerous cells can also spread to other parts of the body.

What are the symptoms of Ovarian Cancer?

The main symptoms that are observed include:

Other symptoms that may be observed are:

With any symptoms or changes in how you are feeling we would always suggest going to see your GP. With the above symptoms, this is particularly important if they are frequent (happen regularly), persistent (don’t go away), and new (not normal for you). If you have seen your GP but the symptoms haven’t gone away, you can ask for a second opinion. 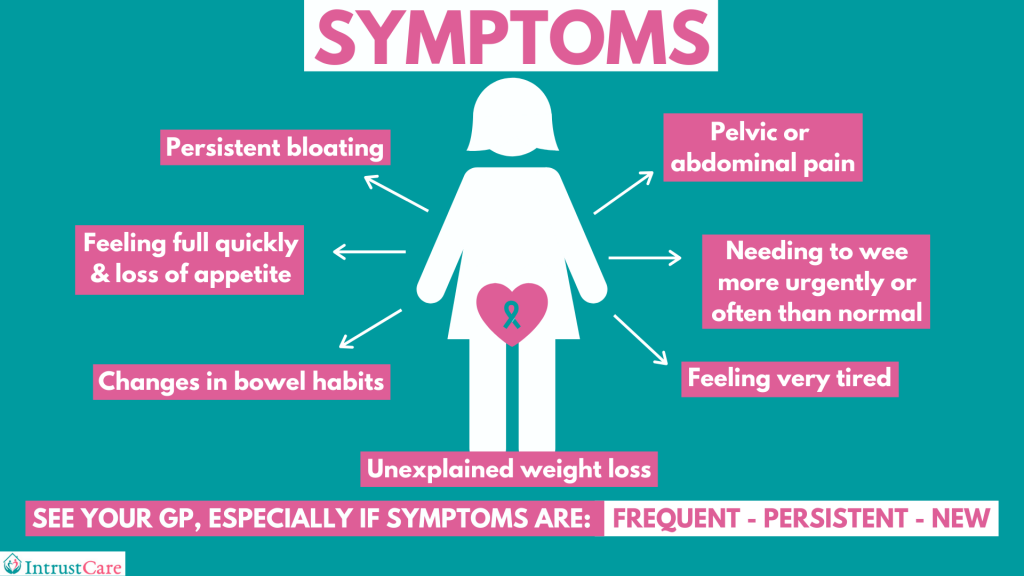 Why is early diagnosis so important?

If ovarian cancer is diagnosed at the earliest stage, the survival rate can be up to 90% for women diagnosed in the UK. The earlier that a woman is diagnosed, the more likely her body is to respond to treatments, with the cancer being cured. Unfortunately, current figures show that two-thirds of women with an ovarian cancer diagnosis are diagnosed after the cancer has already spread. This is why education and awareness months are so important; they can literally save lives.

It is also important to note that cervical screening tests (smear tests) do not detect ovarian cancer. Some women may delay seeking help for symptoms because they believe that their smear test would have picked up on the cancer. This is not the case.

What will my GP do?

Symptoms may be completely unrelated to cancer, however, for your GP to know the cause of any symptoms they will usually order further tests. This may be a blood test, an ultrasound scan, or a CT scan.

The causes of ovarian cancer are not known, however, there are certain factors that may increase your overall risk.

What treatments are available?

Treatments aim to cure the cancer and to stop it from returning in the future. This is entirely possible if an early diagnosis has been made. If the cancer is more advanced and has spread significantly to other areas of the body, treatments will focus more on controlling the cancer and relieving the symptoms for as long as possible.

The two main types of treatment are surgery and Chemotherapy.

The aim of any surgery will be to remove as much of the cancer as possible. Ladies will often have a total hysterectomy (removal of the uterus and cervix) along with a bilateral salpingo-oophorectomy (removal of both ovaries and fallopian tubes).

Chemotherapy is where medicine is used to kill the cancer cells. It can be used either before surgery (to shrink the cancer), or after surgery (to remove any remaining cells). In some cases, it may be used both before and after surgery.

As you can see, early diagnosis of ovarian cancer is key to better treatment outcomes and survival rates. If you have symptoms, or know someone that has, make sure to get an appointment with a GP sooner rather than later.

We hope this article has been helpful. We have included some useful links below to give you even more information, or further support for you or a loved one who has been affected by ovarian cancer. Please share this post with your friends on social media, to get more awareness of ovarian cancer out there, and ultimately, save lives!

This website uses cookies to improve your experience while you navigate through the website. Out of these cookies, the cookies that are categorized as necessary are stored on your browser as they are as essential for the working of basic functionalities of the website. We also use third-party cookies that help us analyze and understand how you use this website. These cookies will be stored in your browser only with your consent. You also have the option to opt-out of these cookies. But opting out of some of these cookies may have an effect on your browsing experience.
Necessary Always Enabled
Necessary cookies are absolutely essential for the website to function properly. This category only includes cookies that ensures basic functionalities and security features of the website. These cookies do not store any personal information.
Non-necessary
Any cookies that may not be particularly necessary for the website to function and is used specifically to collect user personal data via analytics, ads, other embedded contents are termed as non-necessary cookies. It is mandatory to procure user consent prior to running these cookies on your website.
SAVE & ACCEPT
Accessibility by WAH